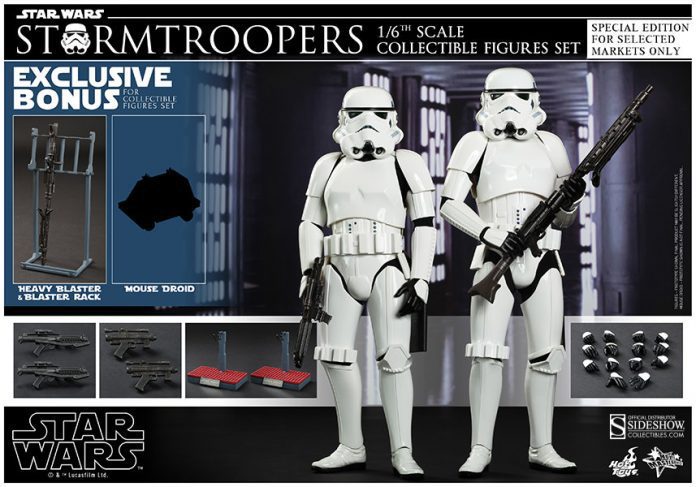 After the official reveal of Hot Toys’ first wave of high-end Star Wars collectible figures featuring the infamous smuggler Han Solo and his best friend Chewbacca which were well-received by fans, Hot Toys is moving the spotlight to the Galactic Empire for this new wave!

The highly-accurate collectible figures are specially crafted based on the image of Stormtrooper in Star Wars: Episode IV A New Hope featuring bodies with two different heights just like how these non-clone soldiers appear in the film, meticulously crafted Stormtrooper armor and helmet, detailed weapons, and a specially designed figure stand.

This collectible set will exclusively include an additional heavy blaster and a mouse droid as bonus accessories.

Star Wars fanatics don’t pass up on the opportunity to add these troops to your imperial army! Check out more photos and order yours now from SideshowToys.com!