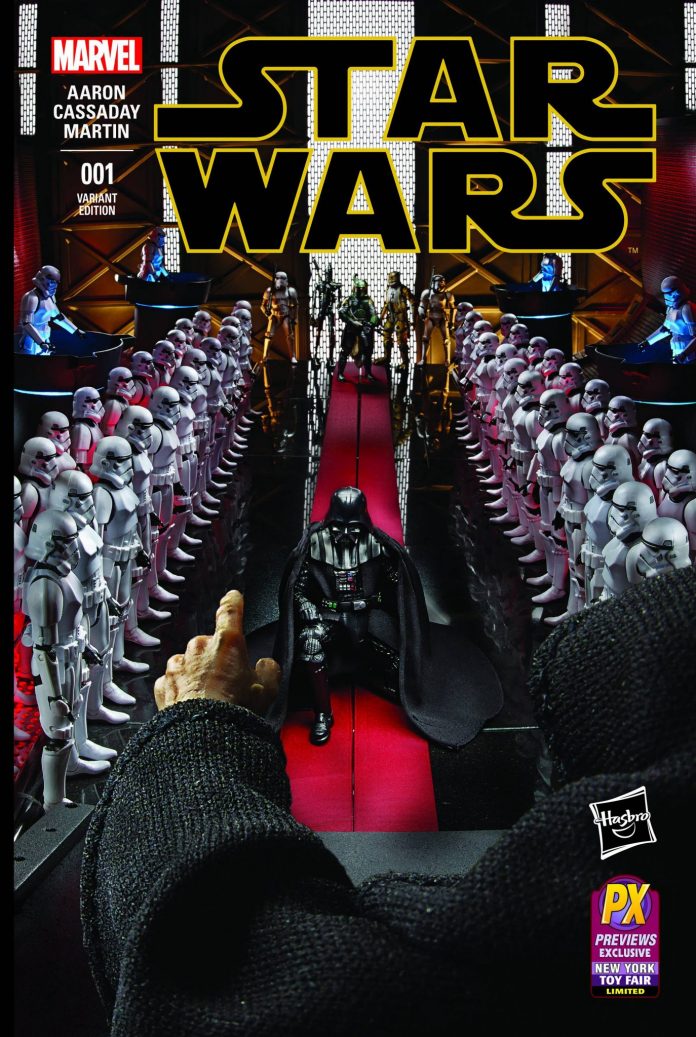 Created completely from Hasbro Star Wars Black action figures, the variant photo cover depicts Darth Vader during an audience with Emperor Palpatine, flanked by Imperial Stormtroopers with three fan-favorite bounty hunters – IG-88, Boba Fett and Bossk – in the background. The impressive tableau was staged on a physical, scaled throne room set with actual lighting, and with no computer-generated enhancements under the direction of Hasbro’s Star Wars product team. (In other words, there really are nearly 50 individual Stormtrooper Black figures on this cover!) This should make the variant a must-have for any action figure fan who wants to mark the start of a new era for Star Wars comics. “We wanted to commemorate this event in a very special way,” said Executive Director of Sales, Mike Schimmel. “We had a great concept for the cover, and when we brought it to Hasbro’s Star Wars team, they enthusiastically jumped at the chance to recreate the cover with real action figures. We thank Hasbro for working with us to create this amazing variant cover, which is Diamond’s first-ever Toy Fair-exclusive comic, and one that we’re sure will be treasured by every Star Wars fan who is fortunate enough to obtain this limited edition.” For more information on the Hasbro PREVIEWS Exclusive Variant, Toy Fair Edition, you can visit PreviewsWorld.com