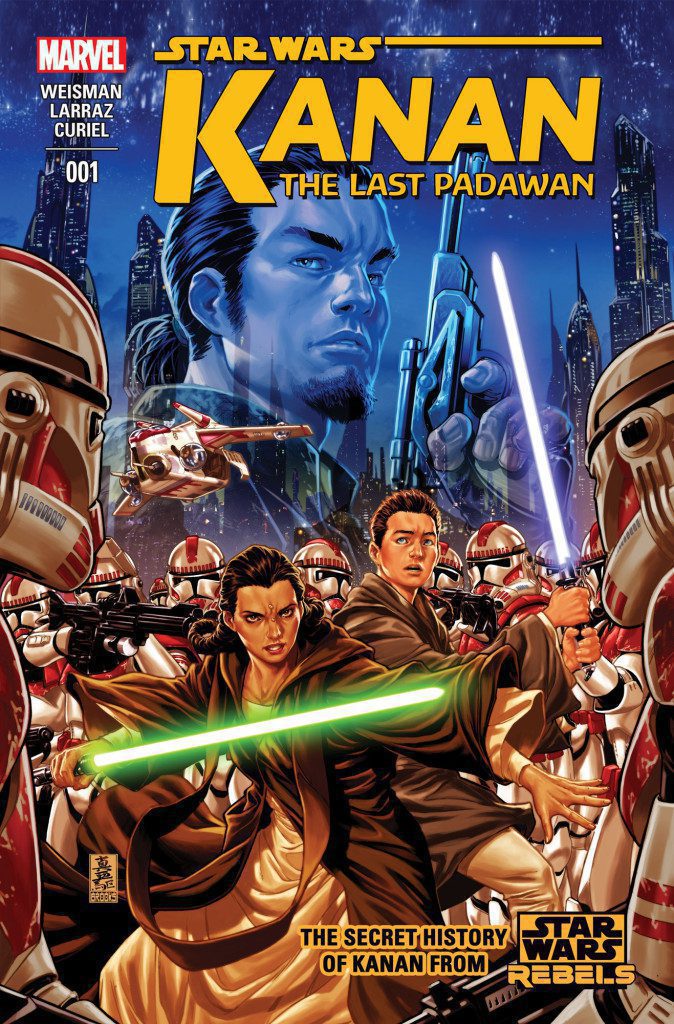 How did a Padawan named Caleb Dume survive Order 66 — and become the rebel hero called Kanan Jarrus? Marvel’s upcoming ongoing series, Kanan: The Last Padawan by writer Greg Weisman and artist Pepe Larraz, will explore the origins of Star Wars Rebels‘ resident Jedi cowboy. The series doesn’t hit stores until April 1, but StarWars.com has a Force-like look into the future… with a special preview of inked pages. Yes, that Greg Weisman, producer of Star Wars Rebels season 1 as well as critically-acclaimed Gargoyles and Young Justice, has also written comics for the major labels throughout his career. His work on this series is highly anticipated, rounding out one of the main characters of another fantastic animated series, Star Wars Rebels. Star Wars Kanan: The Last Padawan picks up from the prologue to last year’s novel, A New Dawn, to tell more of young Caleb Dume’s story after the fall of Order 66, when he has to hide his Jedi abilities and make his own way in the galaxy. Check out the exclusive preview pages at StarWars.com