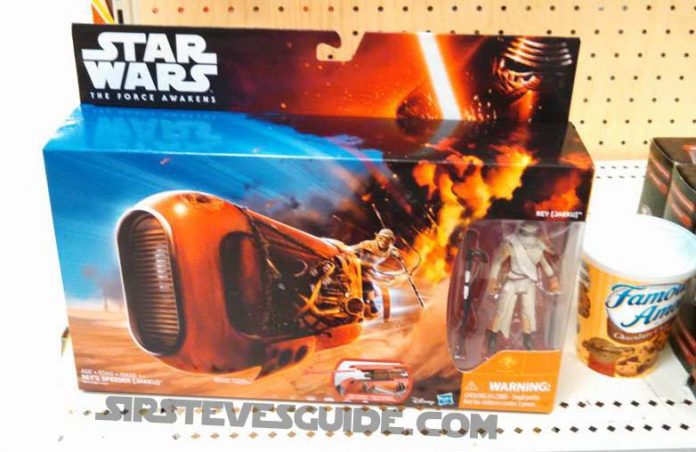 The vehicle, which appeared in the film’s first teaser trailer, includes Rey in her Jakku desert gear.

Forum user El Chuxter found the vehicle at a Target in California and took the photo.

Most previous Force Friday leaks have been found at Walmart stores, making this one of the first to be found at Target.

This product will be widely available on Force Friday, September 4.

Master Replicas is Back!