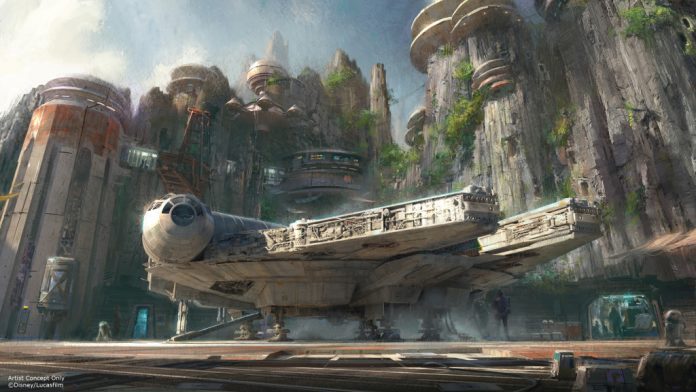 Of the Disneyland plans… The new 14-acre “Star Wars” land at Disneyland will be built just north of Frontierland where there is now the Big Thunder Ranch, some backstage areas and the Circle D Ranch, where the horses are stabled. Disney has pulled permits to move some of the warehouses and informed workers at the Big Thunder Ranch Barbecue that it will close mid-January. The new land will feature several attractions, including one in which guests ride the Millennium Falcon spaceship and get a drink at a cantina similar to the famed Mos Eisley Cantina from the films. “This will be, perhaps, the most immersive land we’ve ever built,” Staggs said. “We want people to feel like they stepped into the world of ‘Star Wars.’”