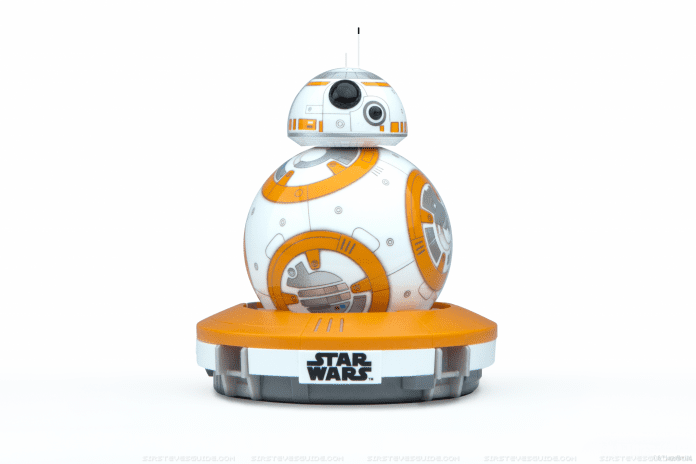 The BB-8, the app-enabled droid and star of the new Star Wars: The Force Awakens is the hottest toy in the country, and one of the hardest to find since its release. RadioShack however has The BB-8 in stock at stores nationwide and retails for $149.99.

Since appearing in trailers for Star Wars: The Force Awakens, The BB-8 has great received great interest and widespread attention through public appearances involving the film’s cast. It is being billed as the companion to R2-D2, one of the most beloved droids – and characters – in cinema history.
The BB-8 is an advanced piece of technology that mirrors the authentic look and personality of the BB-8 character in the film. The device can be controlled from smartphones and tablets simply by downloading the BB-8 app. Cutting-edge features, including:
•       Authentic, precision-guided movement via app-based control
•       The ability to listen and respond, including voice recognition
•       Autonomous movement that allows the droid to explore its universe independently
•       Holographic communication capabilities, including the capability to record and view virtual holographic videos
•       An adaptive personality that features unique attitudes and actions evolve as you and your BB-8 interact
To find your neighborhood RadioShack location where the BB-8 is in stock now go to: visit http://www.radioshack.com/store-locator