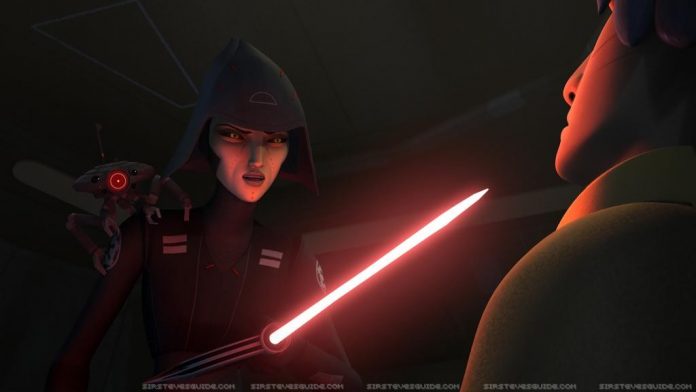 Ezra, Sabine, Zeb and Chopper venture on a mission to an abandoned medical station in search of supplies for the fleet. When the arrival of two Inquisitors sent by Darth Vader puts Sabine and Ezra in peril, Zeb and Chopper devise a plan to save their friends.

Here’s a clip from the episode:

And if you missed it, here’s Gellar talking about her role in Star Wars Rebels: