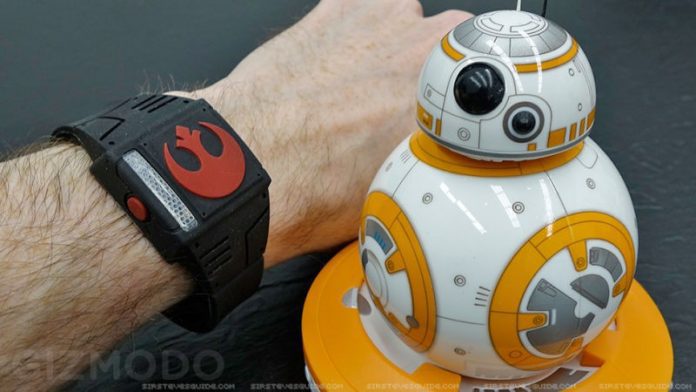 Sphero announced at CES that later this year they’ll be adding a “Force Band” wearable motion controller for their popular BB-8 remote control droid. The Force Band is expected to ship in fall 2016 and will use the wearer’s gestures to control the droid’s movements, making this the first Sphero robot to not exclusively need a smartphone app for controls.  Gizmodo has a look at the demonstration of the Force Band prototype being used at CES. This PR video from Sphero shows what the company has in mind for the Force Band: Source: MacRumors, Gizmodo