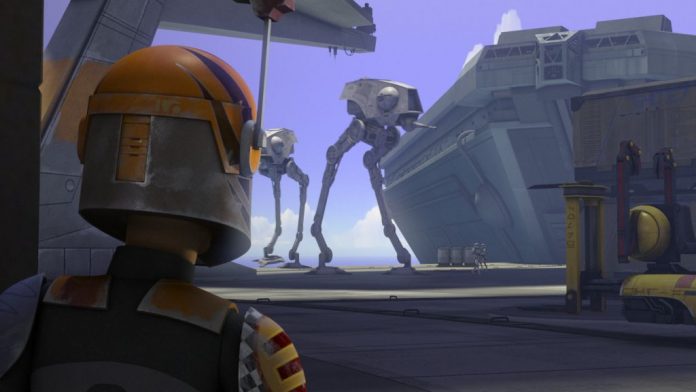 Accidentally abandoned at an outpost during a hasty escape, Chopper stows away on an Imperial freighter where he befriends an Imperial navigation droid, recruiting him to the rebel cause and receiving his help in finding a location for the much-needed rebel base.

Here’s a clip from the episode: