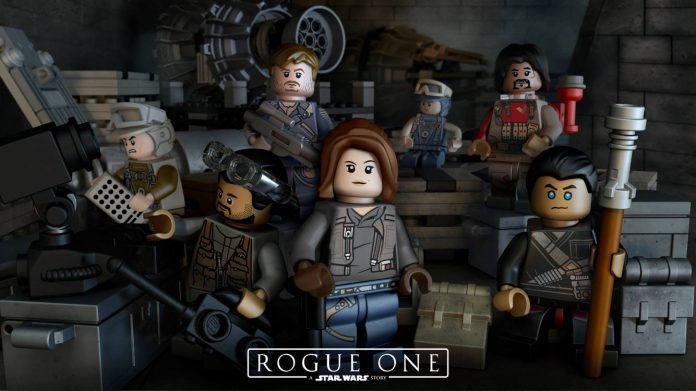 Released on the official LEGO Facebook page, this image gives a first look at the minifig designs from the upcoming film.

The original cast photo was released at D23 in August 2015. Rogue One: A Star Wars Story will premiere December 16, 2016. Tie-in products, including LEGO sets, are expected to arrive earlier in the fall.