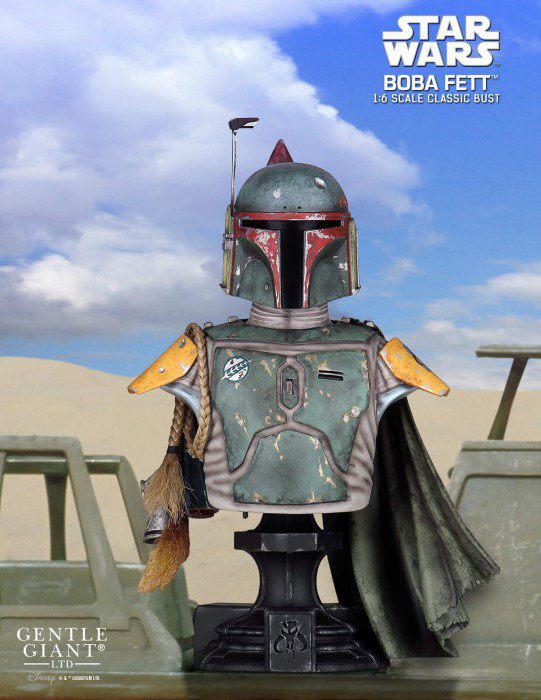 Boba Fett is the most notorious and feared bounty hunter in the galaxy.

He accepts commissions, at exorbitant rates, from both Jabba the Hutt and Darth Vader to hunt down Han Solo. His suit of Mandalorian battle armor includes wrist lasers, a jet pack, rocket darts, a grappling lanyard, and a miniature flame projector. He carries a short-barreled BlasTech EE-3 rifle and a concussion grenade launcher in his holster. Depicted as he appears in Star Wars Episode VI: Return of the Jedi, the Gentle Giant Ltd. 1:6 Boba Fett Classic Bust combines the timeless aesthetics of sculpture from Greek and Roman antiquity, with one of popular cultures most recognizable bounty hunters. Each limited edition hand-painted polyresin bust comes individually numbered and is paired with a matching certificate of authenticity.