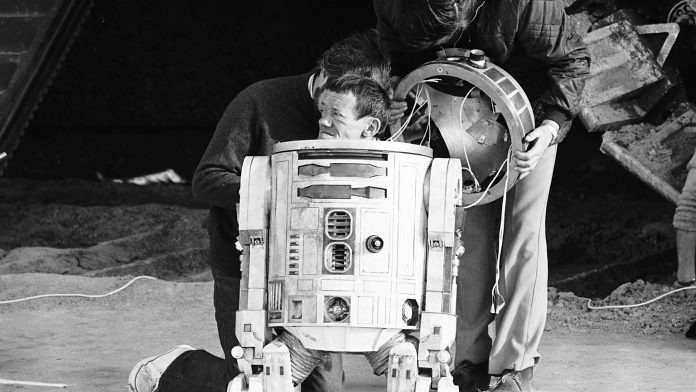 Kenny Baker, a key part of the Star Wars saga as the actor who brought R2-D2 to life, has passed away. He was 81.

Standing 3 feet 8 inches tall, Baker created Artoo’s much-loved innocent yet adventurous personality from inside the droid, starting with 1977’s A New Hope. Whether it was the slow turn of Artoo’s dome to convey suspicion or nervous wobbles signifying fear, Baker made a robotic being seem very human. In addition, he played Paploo, the Ewok who memorably steals a speeder bike in 1983’s Return of the Jedi. The actor became a legend to Star Wars fans. Read the full story at StarWars.com

‘A Toy Store Near You’ Trailer