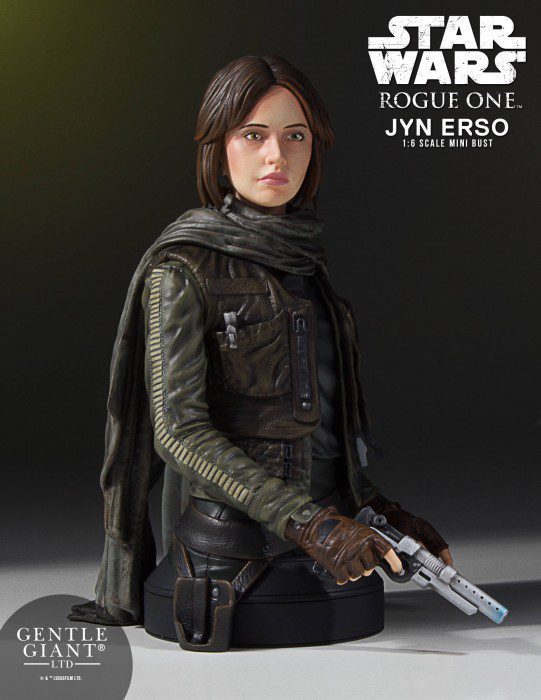 From Lucasfilm comes the first of the Star Wars story films, “Rogue One: A Star Wars Story,” an all-new epic adventure. In a time of conflict, a group of unlikely heroes band together on a mission to steal the plans to the Death Star, the Empire’s ultimate weapon of destruction. Putting behind a checkered past by lending her skills to a greater cause, Jyn Erso is impetuous, defiant, and eager to bring the battle to the Empire. Used to operating alone, she finds higher purpose by taking on a desperate mission for the Rebel Alliance. Sculpted from “on set” reference and Lucasfilm archive materials, color matched using fabric swatches and then hand painted to pick up every bit of weathering on her fatigues. Each stripe and every snap are finely detailed, including her holster and unique blaster. Jyn Erso was digitally sculpted to ensure precision and character correct execution. This Rogue One limited edition 1:6 scale collectible is hand numbered and comes packed with a matching Gentle Giant certificate of authenticity. Release date: 2nd Quarter 2017