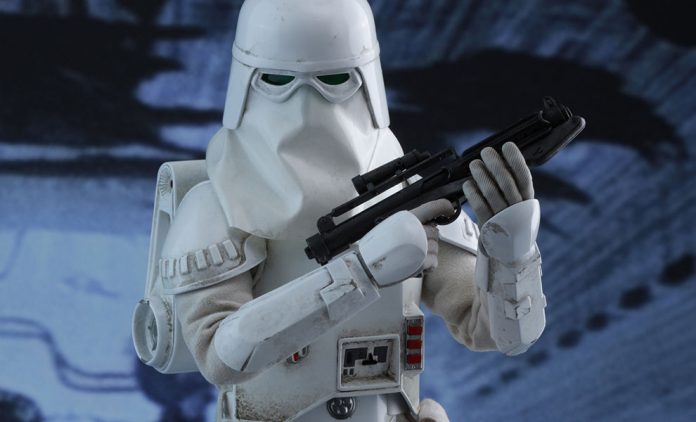 In The Empire Strikes Back, the Snowtroopers make an impressive entrance during the Battle of Hoth as they are deployed from AT-AT walkers to storm the Rebels’ Echo Base and score a decisive victory for the Empire. This elite Imperial attack force is equipped with specialized protective gear and heavy armaments, which give them the advantage in frigid environments such as the icy world of Hoth.

Artists: Head on over to SideshowToys.com for more photos and to pre-order yours today.