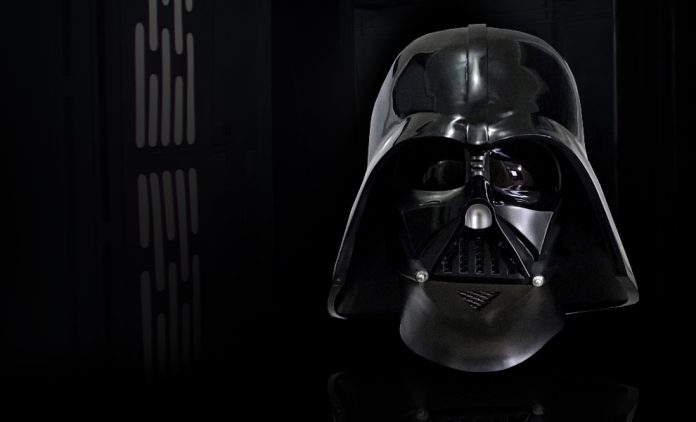 Darth Vader – just the mention of his name conjures up fear not only amongst the rebel alliance but within his own galactic empire, as well! The dark Lord of the Sith is considered by many to be the villain of a generation of movie audiences.

His sinister persona was conveyed by his iconic helmet, with a face mask and dome, based on the concept sketches by legendary concept artist, Ralph McQuarrie. It is not known how many helmets were made for production, but based on all of the reference materials in the archives, only one helmet was used in the filming of A New Hope, unfortunately, there is no record of what happened to the original molds that were made from Brian Muir’s sculpture. At the end of filming in England, the complete screen-used costume, including the helmet, was sent to the USA, and makeup artist and creature maker for the film, Rick Baker, cast a new set of molds from this screen-used helmet. These molds were then used to make the Darth Vader promotional touring costumes in 1977. The master patterns for the EFX Darth Vader helmet were cast from these vintage molds at the archives, and thus have a direct lineage to the original, screen-used helmet. It has the asymmetric, hand sculptured geometry and all of the surface nuances that many feel capture the true menacing essence of Darth Vader. The face mask also has the two-toned black and gunmetal paint scheme of the original helmet, thus making this helmet one of the most accurate replicas of this iconic helmet.

SWCC 2019: 7 HIGHLIGHTS FROM THE COLLECTIBLES PANEL