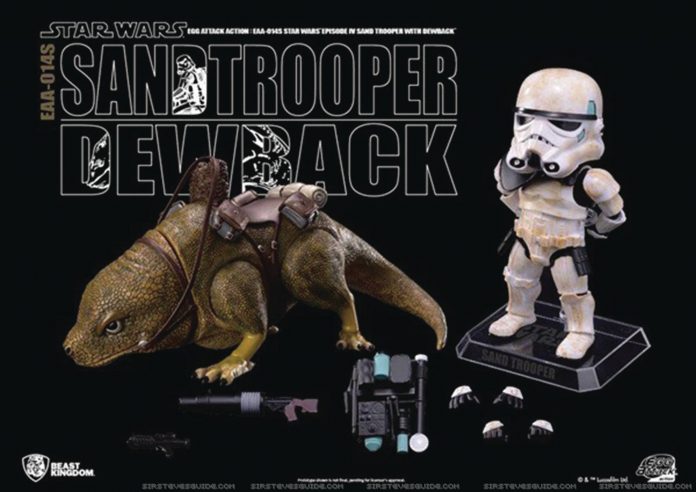 You’ll find two unforgettable figures from the Empire’s trek across the sands of Tatooine: a fierce Sandtrooper and faithful Dewback. The Dewback is incredibly detailed—made of vinyl, it has ten moveable joints and comes with saddlebags to complete is ornate design. The Sandtrooper stands at 6 inches and has over 24 points of articulation, painted with expert technique to perfectly represent the damage from Tatooine’s unforgiving desert.

These two PREVIEWS Exclusive figures are featured in the February issue of Diamond’s PREVIEWS catalog. The Dewback alone will carry a suggested retail price of $55, while the set will carry $145. Both will be available in stores early April 2017.

Fans can pre-order their own Beast Kingdom Egg Attack Action Figures at their local comic book specialty shop to ensure they can track rebel scum at their convenience. To find a comic shop near you and order, visit www.comicshoplocator.com.