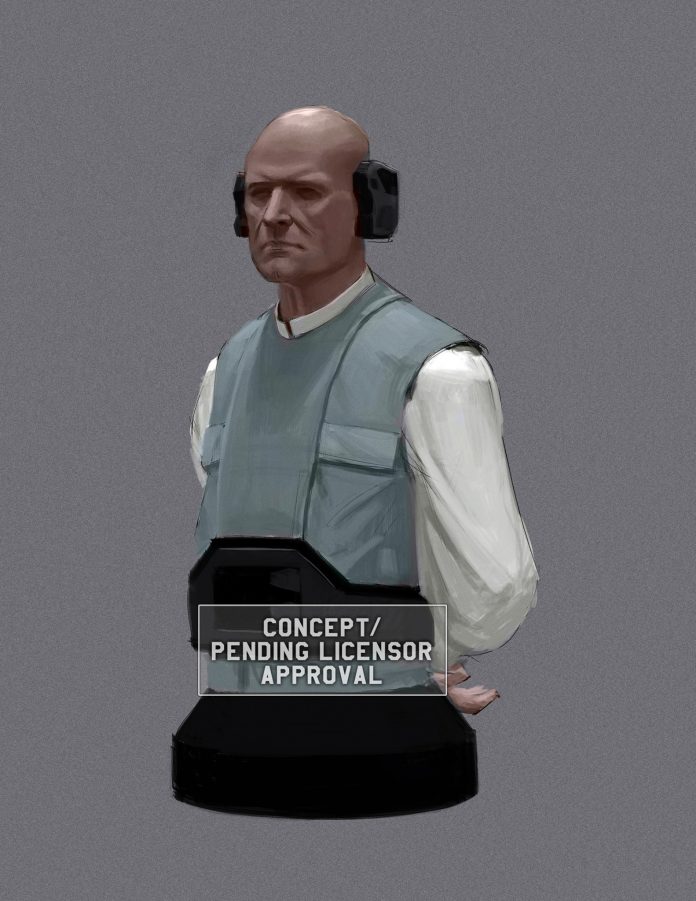 The 1/6 scale bust will be available as a free gift for signing up to the Gentle Giant Ltd. Premier Guild. Star Wars Mini-Bust: Lobot In Star Wars: The Empire Strikes Back Lobot was in charge of Cloud City’s day to day operations as well as Lando Calrissian’s Chief Administrative Aide and Cloud City’s computer liaison officer. His loyalty to Lando eventually led to him being captured after the city in the clouds fell to the Empire as they were attempting to evacuate. This bust will serve to remind us all of his bravery against the evil galactic Empire. Gentle Giant Ltd. is proud to bring you the Lobot Mini Bust! Digitally sculpted by our master artisans, using actual archival footage and designs, each 1:6th scale Lobot Mini Bust is rendered using the highest quality polystone, and hand painted. Each piece comes individually numbered and is paired with a matching certificate of authenticity.