Both will be available at Star Wars Celebration at booth 3132 April 13-16th while supplies last!

Ralph McQuarrie’s early designs of Han Solo display a vast difference from that of the final version as seen in Star Wars: A New Hope. Designed initially as a Lightsaber wielding, bearded Jedi Knight, this mini bust explores a fascinating look into the conceptual development of one of science fiction’s most roguish smugglers.

When the vintage Death Star Space Station Playset was released in 1978 the designers had to take some creative license on the included trash compactor monster.    We all knew about the eye stalk and the tentacles, but the wings, the mouth full of teeth and the fin were a revelation to us kids.  Now the thing lurking in the muck of the Death Star had a “face.”

Grab your Jumbo Han, Luke, Leia and Chewbacca because now you can re-enact the pulse-pounding trash compactor scene from Star Wars: A New Hope with the convention exclusive Jumbo Dianoga Trash Monster!   Celebrate the 40th anniversary of Star Wars with part of one of the greatest playsets in the history of toys!

Gentle Giant Ltd’s Jumbos – Just like you remember, only BIGGER! 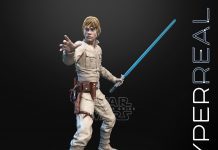 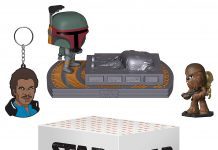 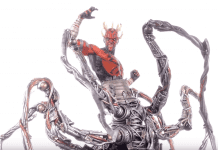