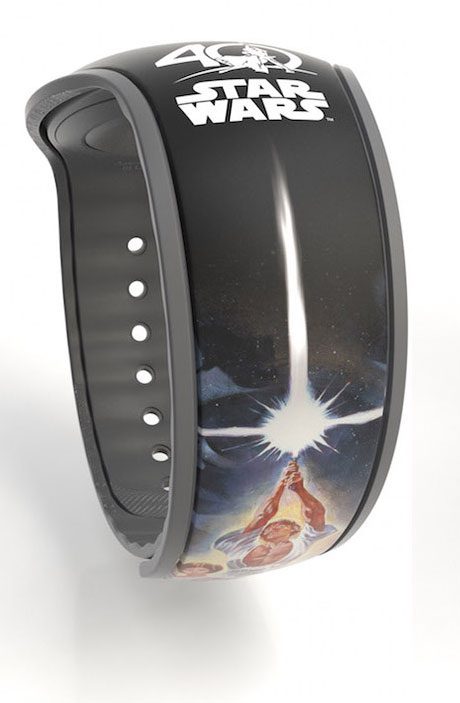 The new black retail limited release graphic bands features the Star Wars 40th Anniversary, which began sales during the Galactic Nights event at Disney’s Hollywood Studios. The band retails for $27.99 and debuts ahead of the new movie, Star Wars: The Last Jedi, set for release on December 15, 2017.