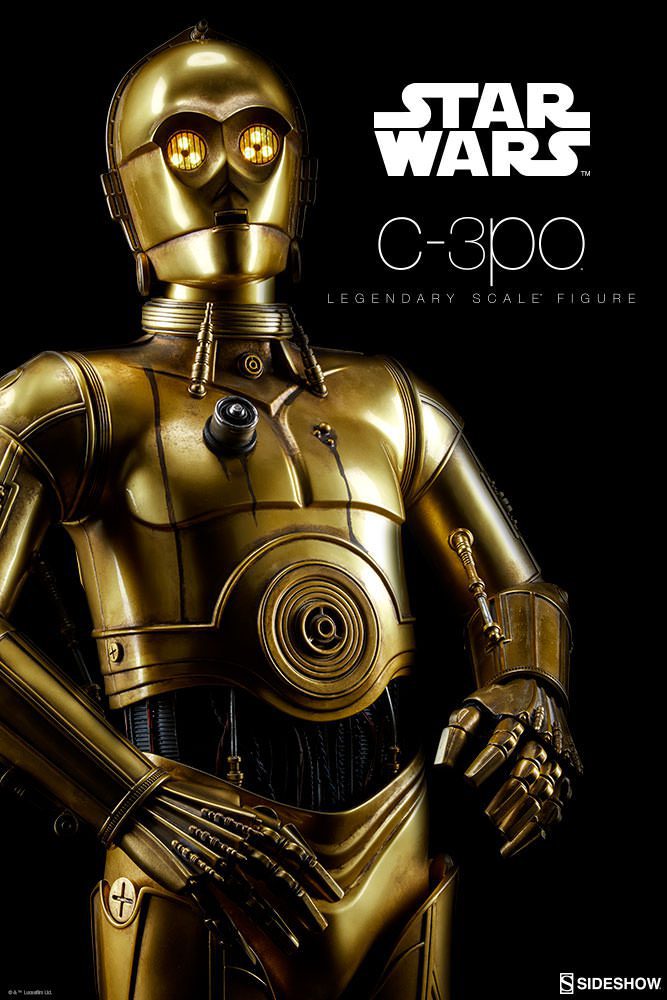 C-3PO may have begun his existence as nothing much more than a protocol droid, but we know better. We know that in his cursed metal body are the circuits of a would-be hero to the Rebellion. Well, if not a hero exactly, then a constant friend and companion to R2.

The limited edition C-3PO Legendary Scale™ Figure by Sideshow is a breathtaking representation of our favorite interpreter. This 1:2 scale figure stands at just over 3 feet tall and is rich with screen accurate details and accessories, such as:

The combination of accessories allows proud owners to display C-3PO in the configuration that they most identify with from the movies.

Experience what it is to have your own Star Wars protocol droid at your beck and call (he won’t even tell you the odds).