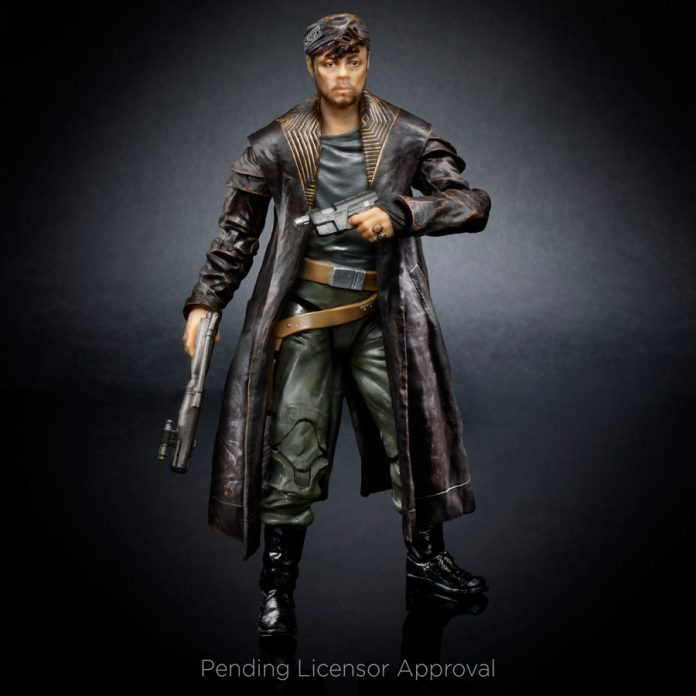 Hasbro’s Steve Bono and Steve Evans speak to StarWars.Com about the line’s new recruits, including DJ from Star Wars: The Last Jedi.

Hasbro unveiled at New York Comic Con four new figures coming to its vaunted Star Wars Black Series 6-inch line in 2018, including Benicio del Toro’s Star Wars: The Last Jedi character, DJ. Made during the film’s production, Hasbro has captured everything from DJ’s scruffy facial hair to the gold detailing on his jacket. For a character of which we have seen little, it’s very impressive.