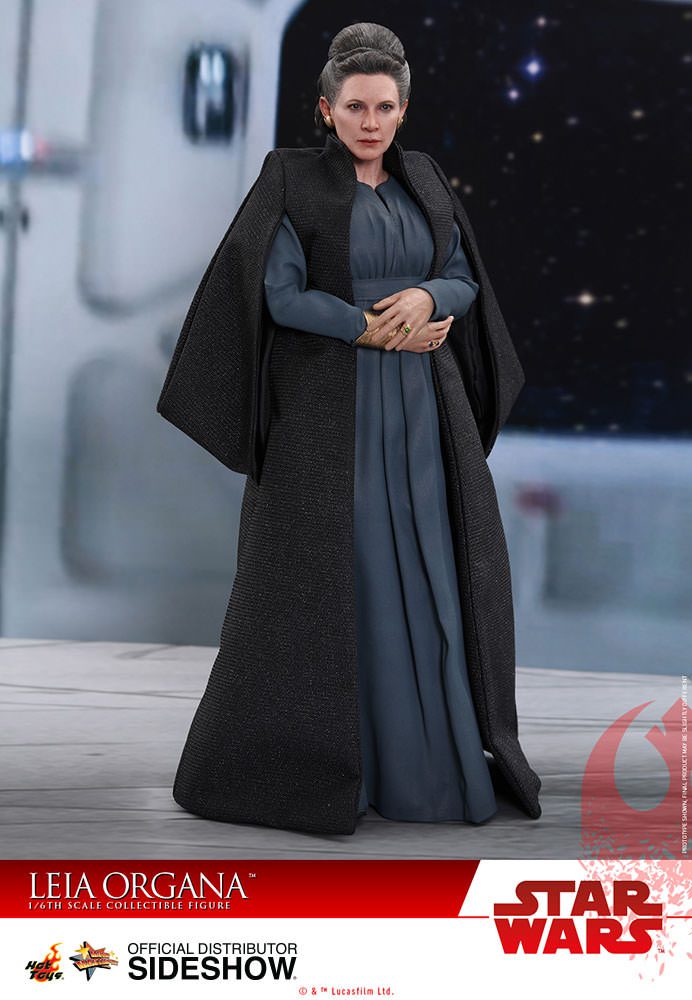 Once again on the run from dark forces determined to crush freedom in the galaxy, the strong and committed Leia Organa who fans have grown to love is now leading the Resistance fleet on its quest to find a haven in the widely acclaimed Star Wars: The Last Jedi.

In tribute of Carrie Fisher’s last appearance as Leia in the epic Star Wars: The Last Jedi, Sideshow, and Hot Toys are pleased to officially introduce the sixth scale of Leia Organa from the film!

In memory of our beloved Princess, this collectible figure will undoubtedly be a revered addition to all Star Wars fans’ collection!