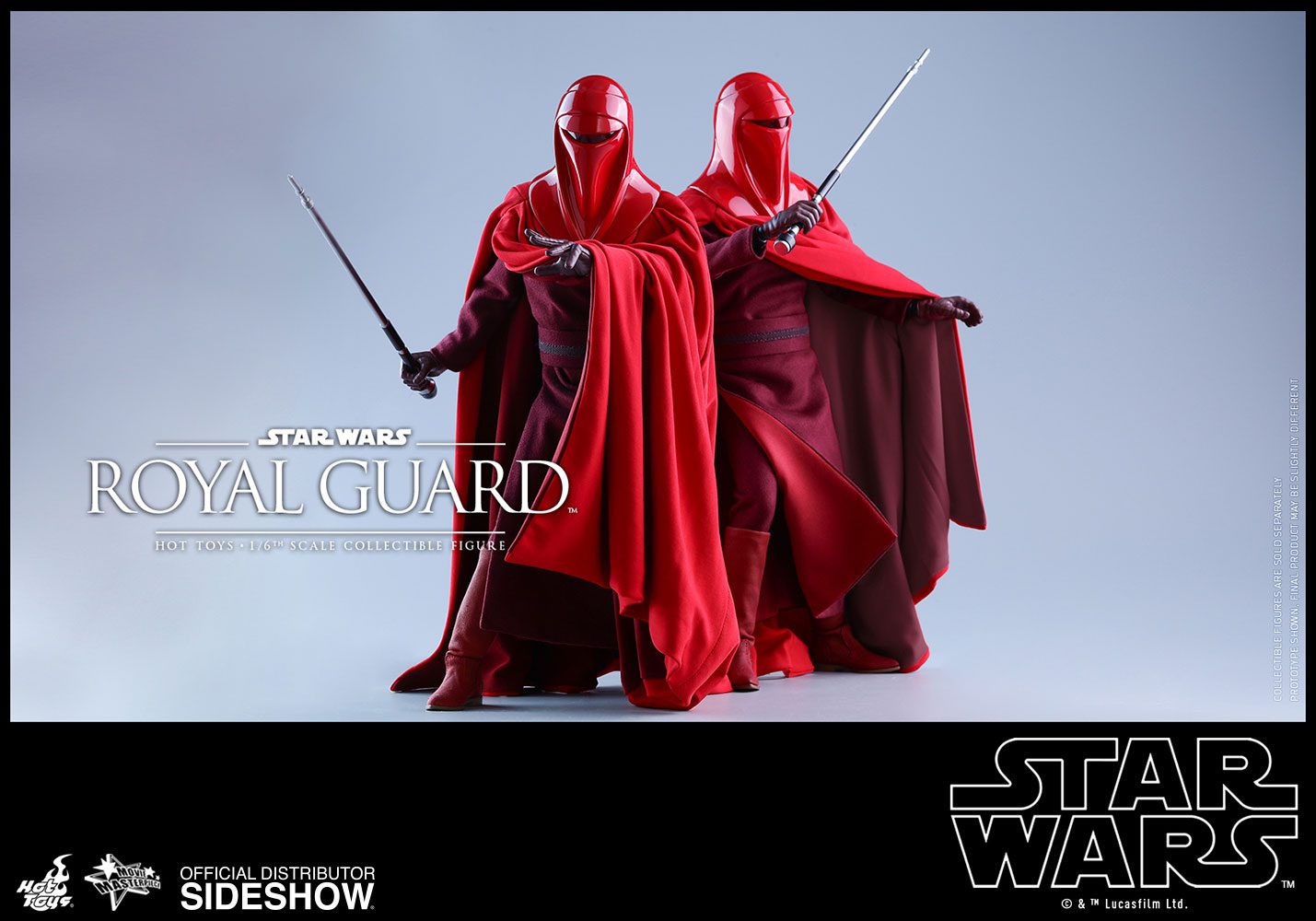 In Star Wars: Episode VI Return of the Jedi, fans met the ominous evil Sith Emperor Palpatine and also introduced us to his Royal Guards. Resplendent in crimson robes and armor, the Imperial Royal Guard protected the Emperor. Secrecy shrouded the Guard, with rumors abounding about the sentinels’ backgrounds and combat capabilities. Sideshow and Hot Toys are excited to present the new sixth scale collectible figure of the Royal Guard for all Star Wars fans! The highly-accurate collectible figure is specially crafted based on the appearance of Royal Guard in Star Wars: Episode VI Return of the Jedi. It features a finely sculpted Royal Guard helmet, expertly tailored robe and outfit, a Force pike, and figure stand. Your Star Wars collection will not be complete unless you have the Emperor and his Royal Guards in your display!