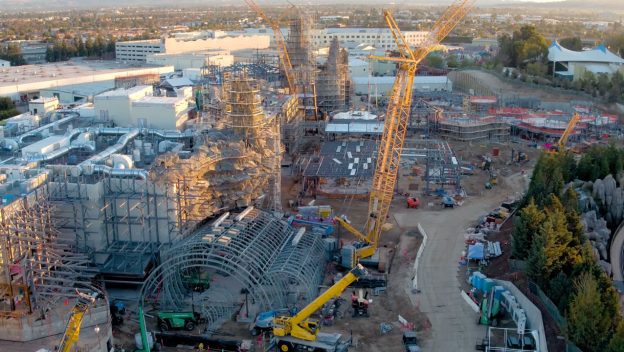 The Disneyland Resort announced today in an email to its annual passholders that it will, for the first time, be adding park-specific blockout dates to annual passports just ahead of the opening of Disneyland Park’s new Star Wars: Galaxy’s Edge land, currently under construction and opening summer 2019. The change means passholders will be able to get into Disney California Adventure while not Disneyland Park on certain dates.

The move is a suggestion of park management anticipating increased demand that the new 15-acre Star Wars-themed land to the 63-year-old theme park; of the annual passports offered, only the Signature and Signature Plus passports will not be subject to the new park-specific blockouts. Already the last few years, the demand for the Disneyland Park is so high that, on the busiest days, the park has had to temporarily halt entry due to capacity limits; adding Star Wars: Galaxy’s Edge will very likely be pushing those limits to the brink even before taking the rumored one million Disneyland annual passholders into account.

Will this move affect your plans to visit Disneyland Resort next year? Below is a video flyover of the Star Wars: Galaxy’s Edge site under construction.