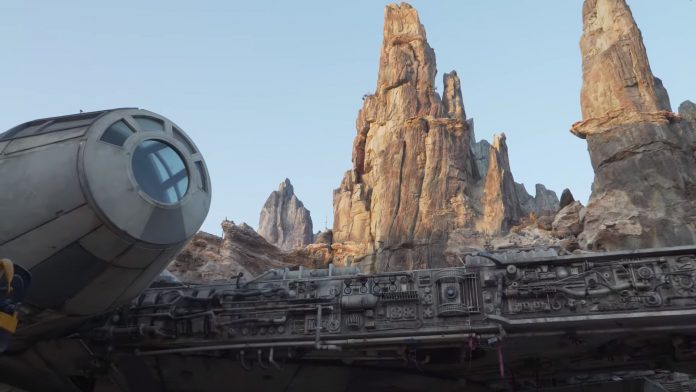 John Williams is creating new, original themes for the Galaxy’s Edge lands opening next year at Disneyland and Walt Disney World, and here’s your first listen of the London Symphony Orchestra performing the main theme, along with some new looks at the in-progress park:

Also released was a teaser for the Millennium Falcon: Smugglers Run attraction, which will put park guests behind the controls of the fastest hunk of junk in the galaxy:

Star Wars: Galaxy’s Edge is opening at Disneyland in Califorina next summer, and at Walt Disney World in Florida next fall.