Go to article
You are using an out of date browser. It may not display this or other websites correctly.
You should upgrade or use an alternative browser.

A Diamond Select Toys release! The Sith warrior is now the latest animated bust! Based on his appearance in the Star Wars: Rebels animated series, Darth Maul wields his double-bladed lightsaber in preparation of facing his Jedi opponents. 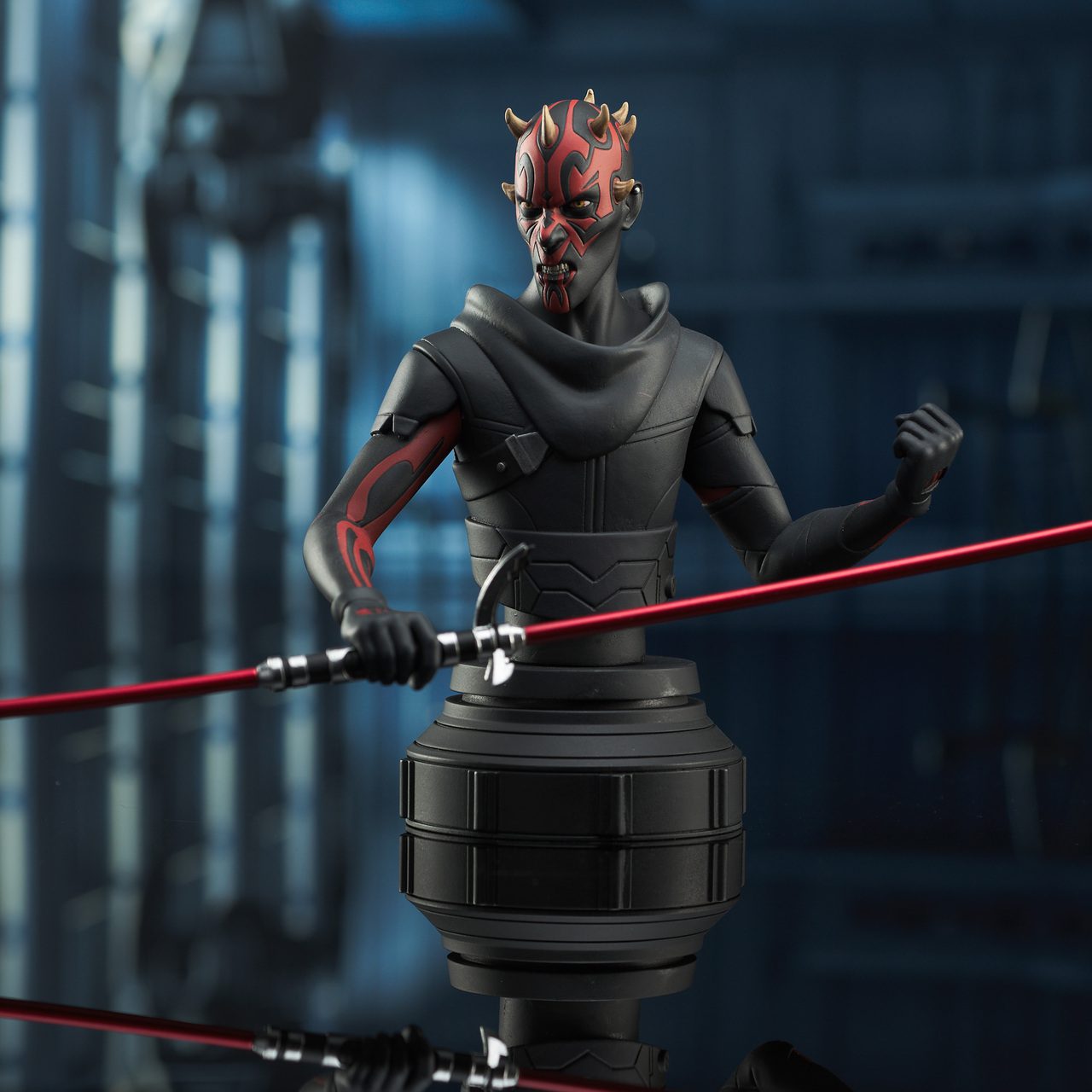 Fueled by revenge and rage, this legendary Sith™ Warrior is preparing to face off against his Jedi opponents! Based on his appearance in the animated series Star Wars: Rebels™, Darth Maul™ is depicted wielding his double-bladed lightsaber, ready for his next battle. Roughly 6 inches tall, he is limited to 3,000 pieces and comes packaged with a numbered certificate of authenticity in a full-color window box. Designed by Barry Bradfield, sculpted by Paul Harding! (Item #APR212363, SRP: $59.99).