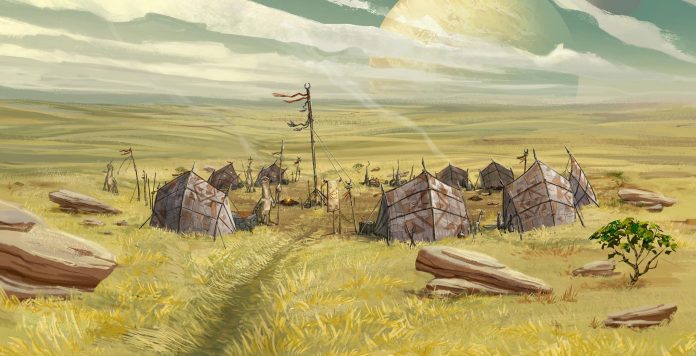 The story reels for the Crystal Crisis on Utapau arc use rough pre-viz animatics but include the vocal performances of the cast.  The content also includes concept art from the Son of Dathomir arc, the Crystal Crisis on Utapau arc, and the Dark Disciple arc.  Son of Dathomir was recently adapted as a four-issue Dark Horse series, and Dark Disciple will be released as a Christie Golden novel in Summer 2015.

There’s currently an issue with the third episode linking to the wrong video, which will hopefully be fixed soon. The episode titles for this arc are: – A Death on Utapau – In Search of the Crystal – Crystal Crisis – The Big Bang The first two episodes have Anakin and Obi-Wan investigating some wrongdoing on Utapau. I’m intrigued to see if it connects to ROTS or is its own story – I’ve seen the first two but stopped due to the video playback issue. I don’t know if it’s just the previz models or what, but Anakin’s hair is… Read more »