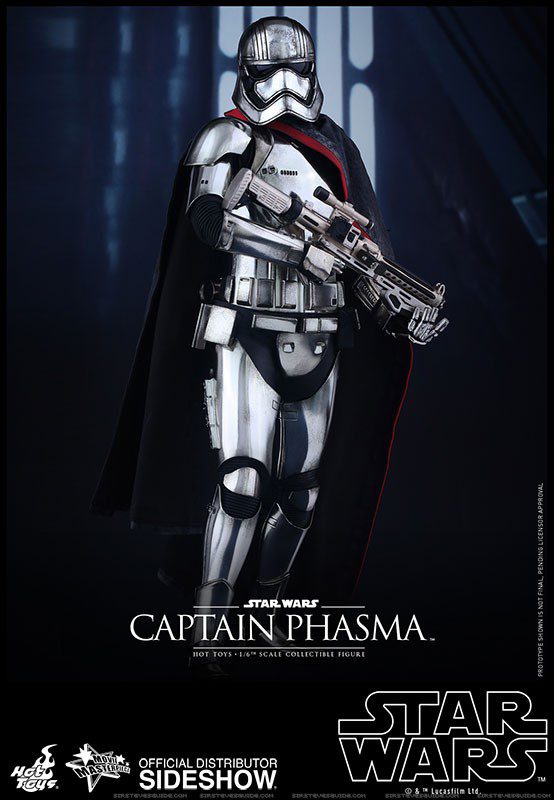 As the release date of Star Wars: The Force Awakens nears, the anticipation for this long awaited installment of the saga grows stronger every day! Sideshow Collectibles and Hot Toys are very excited to officially introduce the sixth scale collectible figure of commander Captain Phasma – clad in distinctive metallic armor, following the reveal of the First Order legions of troopers.