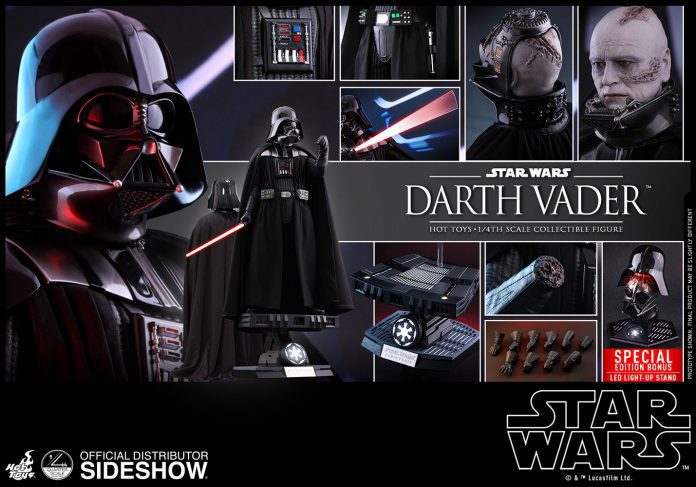 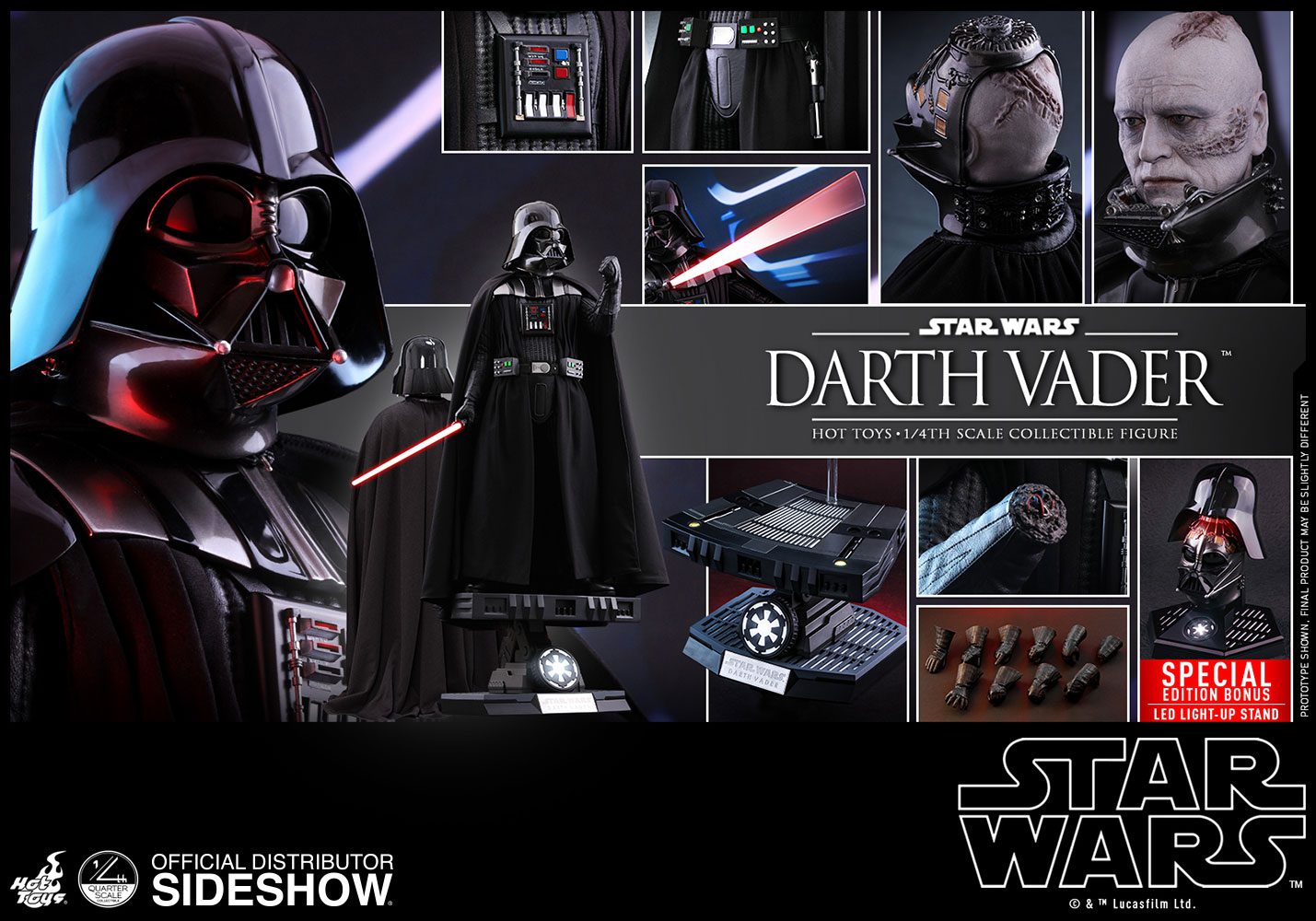 A powerful Sith Lord seduced by the Dark Side, Darth Vader served under the Emperor for decades enforcing his Master’s will and seeking to crush the fledgling Rebel Alliance, but there was still good in him when Luke Skywalker came to face him and the Emperor after learning the truth…

This highly-accurate quarter-scale collectible figure was developed based on the appearance of Darth Vader from the film featuring an incredibly meticulous helmet with interior mechanical details, and a newly developed unmasked head sculpt with amazing likeness. This figure faithfully replicates Darth Vader’s armor and outfit with an LED light chest panel and belt boxes, LED light-up lightsaber, interchangeable severed gauntlet and hand, as well as a LED light-up Death Star themed figure stand!

This Darth Vader Quarter Scale Collectible Figure from Hot Toys will definitely be an extraordinary centerpiece for any fan to add to their Star Wars Collectibles! Pre-order now from SideshowToys.com.