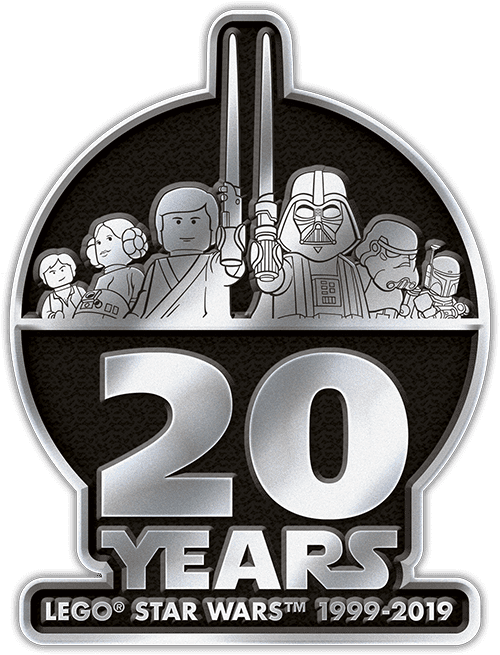 You can now pre-order the LEGO 20th Anniversary Edition Sets that were revealed during the New York Toy Fair earlier this year.

Deploy the troopers with the LEGO® Star Wars™ Imperial Dropship! Load them onto the platform and store their stud blasters for the flight. Then sit the Shadow Trooper in the cockpit, fire up the engines and blast off for another exciting battle against the Rebels! 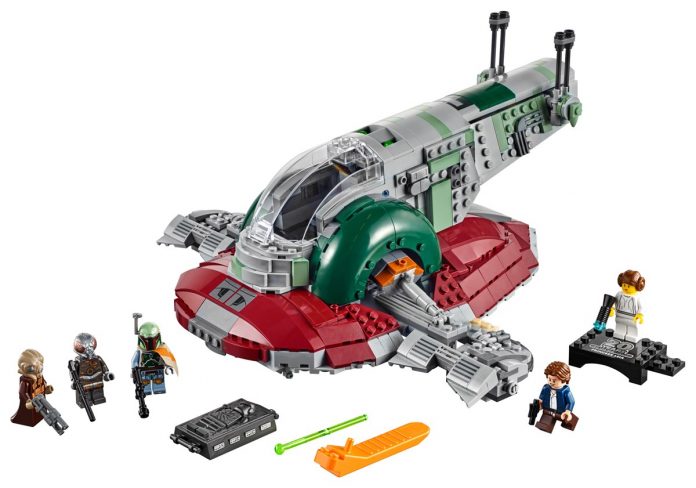 Build Boba Fett’s personal Slave I starship and travel with him through the LEGO Star Wars galaxy in search of fugitives! Grab the handle and fly him around. Pull the triggers to fire the spring-loaded shooters. Load Han Solo trapped in carbonite into the hold and deliver him to collect your payment. It’s another exciting day in the life of a bounty hunter! The LEGO 75243 Star Wars Slave l includes 1007 pieces. Ages 10 and up. 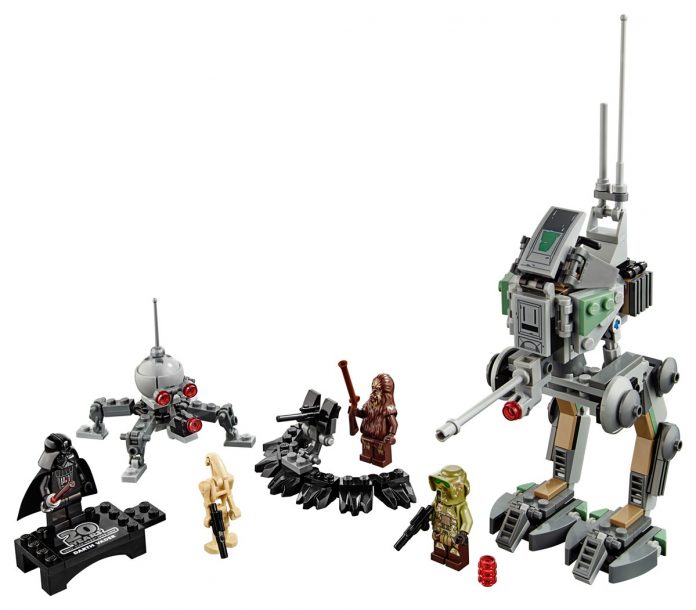 Protect the Wookiee warrior with the armored Clone Scout Walker! Sit the Kashyyyk Trooper in the seat of the armored AT-RT Walker and stride in battle. Turn and fire the stud shooter before the Dwarf Spider Droid destroys the trench with its own stud shooter. The Clone Army must win at all costs! The LEGO 75261 Star Wars Clone Scout Walker includes 250 pieces. Ages 6 and up. 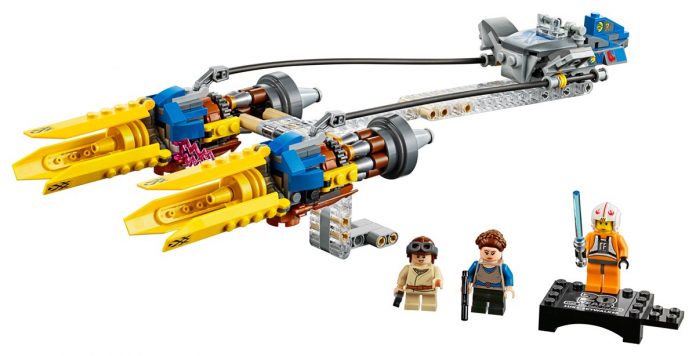 Speed to victory in Anakin’s Podracer! Sit young Anakin Skywalker in the cockpit and lower his goggles ready for the race. Then fire up the huge engines, grab the play handle and zoom through the canyons of Tatooine… or your living room! With Anakin at the controls, victory is yours! The LEGO 75258 Star Wars Anakin’s Podracer includes 279 pieces. Ages 7 and up.

Sound the alarm, Echo Base is under attack! Win the Battle of Hoth with Luke and Dak Ralter in their amazing LEGO 75259 Star Wars Snowspeeder from Star Wars: The Empire Strikes Back. Speed over the ice and launch the spring-loaded shooters. Then fire the rear stud shooter and harpoon with string. On the ground, help the Rebel Trooper take aim and fire the gun tower stud shooter. Those Imperials must be defeated! The LEGO 75259 Star Wars Snowspeeder includes 309 pieces. Ages 7 and up.
Pre-order them now from EntertainmentEarth.com